Crafty Celts recaptures and preserves the traditions of art of the ancient Celtic peoples, taking pride in quality and craftsmanship. 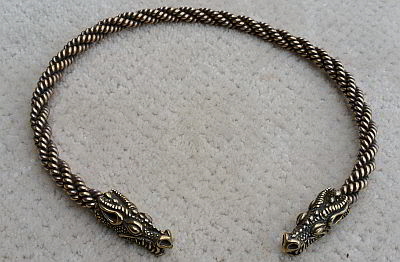 Saxon Dragon torc was inspired by one of the great epic battles of Anglo-Saxon mythology – Beowulf’s fight against the Dragon.
The large Dragon torc is constructed with a heavy braid of wire, and is approximately 3/8 inch thick (for 20″ neck). Available in bronze. SOLD 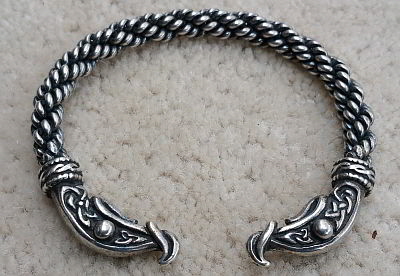 Sterling Silver Celtic Cuff SOLD
For the Celts the dragon was a sign of war, and it was under the cloth battle-banners shaped like dragons, writhing and twisting in the wind, that they marched to war against the golden eagles of the Romans. 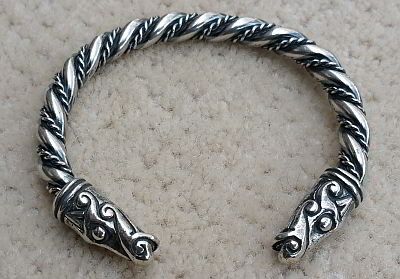